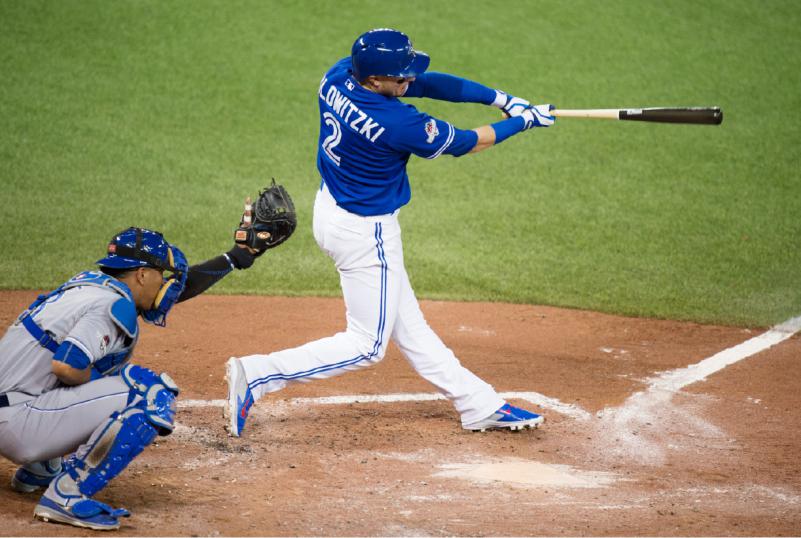 How to Win Baseball Games, that is, Transform Your Organization with One, Simple Idea

The summary: The Blue Jays came back from 8 games behind in July to lead the American League East by 6 by the end of the regular season. How? The trigger seemed to coincide with acquiring two players – David Price (Pitcher) and Troy Tulowitski (Shortstop). One could say these players were hired because of their respective abilities on the field. However, it was not solely their functional ability – which is the typical hiring criterion – that enabled the Jays to become the hottest team in baseball.

Valence Theory – a new model of “connected relationship” organization – predicts that hiring should be about the transformation potential of a new organizational member, rather than merely satisfying the replacement of functionality—that is, a job specification. The acquisition of these two admittedly top players created a transformation that went well beyond what they could accomplish functionally, primarily boosting the Identity and Affective Valence Relationships among the other members of the team. The rest, as they say, is baseball history that could work for your organization, as well.

Talk about a turnaround! By the last week of July, the Toronto Blue Jays were eight games behind with a win/loss average of just over .500—.509 to be precise. Three weeks later, they moved from that eight game deficit to take the lead in the American League East. They never looked back. (Okay, they may have watched the Yankees receding in the dust through the rear-view mirror.) The Jays finished six games ahead of their perennial New York nemesis. Their win/loss percentage improved from .509 up to the end of July, to .722 (!) in August and September.

And talk about resilience when in a tight spot! Like being down two games in the American League Division Series against the Texas Rangers, having lost the first two at home? They go on the road and blow out their opponent, scoring (cumulatively) 20 runs to Texas’s 16, bringing the series back to Toronto for a fifth and deciding game. In a matchup that was, admittedly a little out-of-the-ordinary given the bizarre seventh inning, they defied the 93% odds against them to win the best-of-5 series after having to play two elimination games on the road.

So what was the magic that enabled the team to turn on like a light switch at the end of July? The turnaround came with hiring two players: Shortstop Troy Tulowitski, and Cy Young award-winning pitcher, David Price. Granted, both of these players are at the top of their game. But, “Tulo” is only one bat in the order of nine (and was out with an injury for a good part of September). Price only plays once every four or five games, depending on the starting rotation. Their baseball skills – their “résumés” as it were – as impressive as they might be, aren’t the answer.

Imagine if you could improve your organization’s productivity by 22 points in just two months! Imagine if your organization could rally with an amazing, statistics-defying comeback in the face of strong competition. Imagine if all your change management projects, and strategies to combat so-called resistance to change, and reorg after ineffective reorg could all be heaved into the bin and replaced by one, simple strategy that effects sustainable organization transformation. Like the Toronto Blue Jays, you would be hitting home run after home run—metaphorically speaking, of course.

The fact is that most organizations hire for the organization they are, for the job (specification) they have to fill. Directed by the gatekeeping function that is the HR department, hiring managers – not unreasonably – most often choose to go with the best and most experienced applicant who can perform the current job specification. Ideally, it’s someone who is currently doing that specific job or at worst, has already done that job, often for many years. The underlying reason for this may not be as obvious as it might seem.

Let’s go back to the early 20th century, and the foundational idea that has informed management, management education, and especially the predominant hiring practices for over a century. Frederick Winslow Taylor, who gave us the concept of “Scientific Management,” set the tone for modern, efficiency-focused hiring practices: Employees are essentially seen as interchangeable machine parts in the factory model of organizations. The hiring ritual to which we have all become accustomed reflects this perspective. A formal job description lays out, in great and minute detail, the specification for the replacement part. Applicants respond with a résumé that provides details of how well s/he satisfies those specifications. This matching process has become so devoid of human judgment, so mechanistic (notably, completely consistent with a factory/machine metaphor) that recruiters are inconceivably proud of the fact that they spend no more than seconds screening a given résumé. What they are actually seeking is the optimal outcome: a job applicant who has previously performed precisely the job specifications for which they are currently hiring. Nominally because of the massive competition for positions, HR departments in medium to large organizations almost universally have instituted automated systems that remove the subjective and human qualities from the hiring process and reduce unique individuals to a set of check-box specifications. On one hand, automation of the résumé acceptance process is clearly an efficiency innovation. On the other, its effect is to substantially dehumanize human resources, reducing a unique, resourceful, and whole individual to a set of seemingly objective specifications.

Here’s the thing: We want people to bring their “whole self” to work. And therein lies the disconnect.

Specifically, the fundamental disconnect of this efficiency model of human resource management stems from the fact that we’re no longer in the factory age. What might have been appropriate for the industrialized 20th century is undoubtedly much less effective for organizations that exist in our massively interconnected, continually transforming, emergent effects, contemporary world. The context that made the factory model (theoretically) useful (although that is arguable) a hundred years ago is dramatically different from now. In fact, organizational contexts in today’s world are completely fluid, constantly changing, reacting, interacting, combining and recombining, often in unpredictable ways. The old model was, “I want to hire someone who has already done exactly what I think needs to be done.” Today’s model adds the crucial caveat, “…even though they did it in a completely different context, under vastly different conditions, and what they’ll actually do in the future in our context is likely worlds apart from what they did previously.” Case in point: JC Penney’s disastrous hiring of former Apple Store executive, Ron Johnson.

The overwhelming majority of workers in the massively interconnected knowledge economy (and particularly those in the most successful organizations) do not merely perform their job specifications. They inevitably bring their entire self to the workplace, and create robust relationship connections that are far more than the simple economic exchange of skills and production for money. They enact affective connections that are vital to an organization’s successful working. They contribute their unique history of all the organic learning that constitute past experiences – far more than could ever be expressed in a two-page resume under the goal-oriented heading of “accomplishments” – and a wealth of tacit knowledge that creates novel opportunities for the organization and its members. And perhaps most important, they bring a potent and reciprocal identification with the organization and its intentions for the effects it will enable among its various constituencies. These aspects – Economic, Affective (originally called Socio-Psychological), Knowledge, and Identity – are the Valence relationships that create contemporary organizations in relation to their members and constituencies.

What does Valence Theory say about the hiring process? The theory predicts that any new hire into an organization transforms that organization according to the principles of complexity, based on the changes in Valence relationships that occur as soon as the new person arrives. Any new hire, irrespective of role, rank, or remuneration, necessarily transforms the organization in ways that most often have little to do with their Economic (i.e., exchange of value—labour for money) skills alone.

Alex Anthopoulos, the Toronto Blue Jays’s General Manager, demonstrated his innate understanding of these principles when he traded – some might say, mortgaged the Blue Jays’s future – for Tulowitski and Price. Yet it has been widely reported that especially Price introduced a significant change in the locker room dynamic that clearly strengthened the Affective, Knowledge, and Identity relationships well beyond his contributions in the starting pitching rotation. In other words, Anthopoulos hired for the organization he wanted the Jays to become, not specifically for the job specifications he had. After all, there are lots of strong starters and lots of cannon-armed shortstops to be had in major league baseball.

Some might say that HR resume screening selects the most skilled from among dozens, if not hundreds, of applicants. It is up to the hiring manager to select for the other, “softer” skills that could fulfil the wisdom of hiring for the organization you want to become. Indeed, sometimes this is the case. However, in summarily rejecting sufficiently qualified candidates who may not have had the right job titles, the correct buzzwords, or the specific experience in favour of those whose history comes closer to the machine specs, the prospective transformative agent that could ignite and launch the organization to the stars may be among the candidates whose applications disappear into the black hole of automated HRM systems.

Efficiency-oriented, automated systems necessarily hire for the organization you are. Only human judgement, human experience, and human insight can possibly screen and hire for the organization you want to become (which is a whole other matter in and of itself!). Generally speaking, finding the intersection between what we want to become and the set of attributes of a candidate who might catalyze that transformation is a daunting task. But here’s a potential approach and a useful first step: When commencing a hiring process, we usually ask some form of the question, what job do we need to be done? Armed with the realization that every new hire necessarily transforms the Valence relationships thereby transforming the organization, why not ask instead, “How do we want our organization to transform? Who do we want to become? ” That simple perspective shift might lead to fewer resumes to screen, and more home runs.

Previous post Understanding One Distinction Virtually Guarantees Leadership Success Next post Transforming an Organization, Even When that Organization is a Country