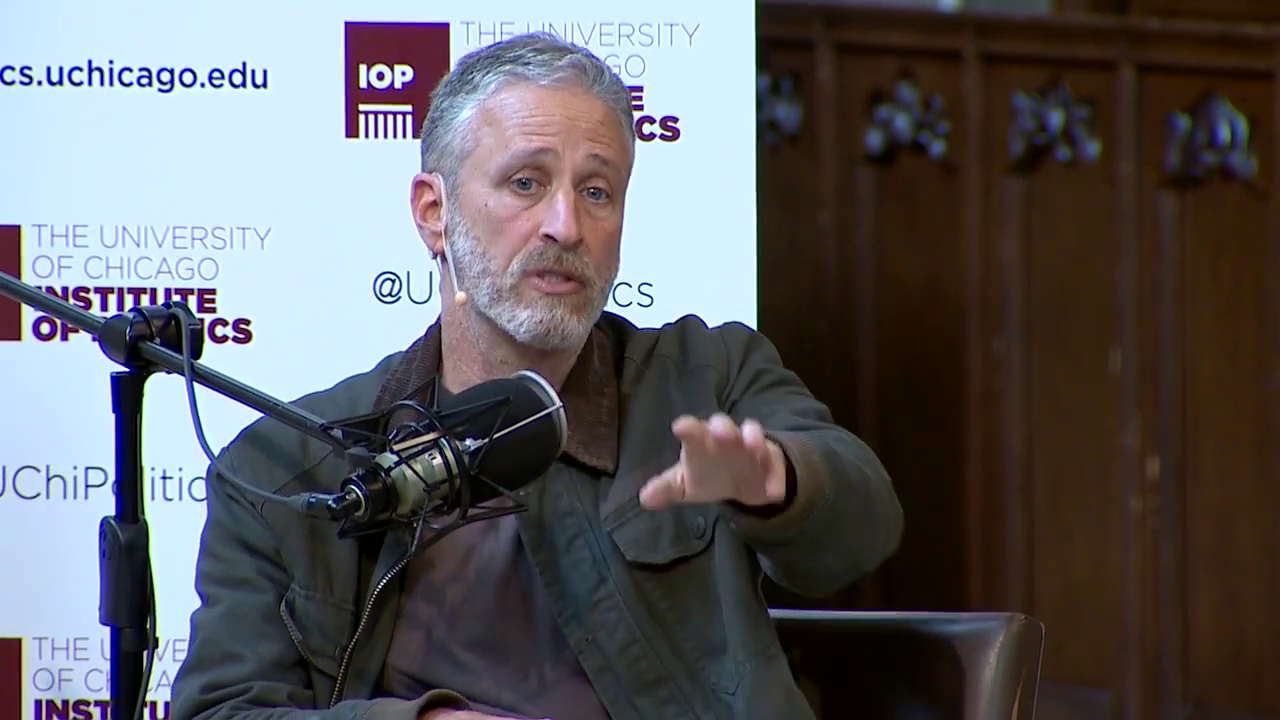 Over the past couple of weeks, clips from a video in which Jon Stewart effectively skewers Donald Trump for being a “man baby” made the social media rounds. It was part of a much longer conversation hosted by David Axelrod at University of Chicago’s Institute for Politics. Both are well worth watching.

For me, one of the best – and most surprising – parts of an outstanding conversation came during the question period. A student asked, what did Stewart do as a leader to create the organizational environment from which such great talent emerged, many of whom went on to great success as Daily Show alumni? In his characteristically humble manner, Stewart claimed that he did nothing special. He said that they were incredibly fortunate to have been able “to identify really talented people and have the pleasure and honor of having them come to work for us.”

Humility aside, Jon Stewart goes on to describe what, in my book, constitutes a true, 21st-century leader. Either by instinct or having had a great mentor earlier in his career or simply because that’s the type of guy he is, Jon Stewart gives a 2-minute master class on the essentials of contemporary leadership, completely consistent with the principles of Valence Theory and organizational needs in a complex environment.

He starts with intention—in my language, the effects one wants to enable among the people you’re about to touch in some way. He says, “the only thing you can ever control is intention. … Know your intention,” by which he means “have a clarity of vision, but a flexibility of process.” He goes on to explain that “you can’t control people’s perception of it. You can’t control what they make of it. You can only control through your own sense of moral foundation or barometer, or whatever it is that makes you tick what your intention is.”

I call this tactility: being very explicit about who you’re intending to touch and how you’re intending to touch them. Then, Stewart tells us to “try to execute that intention to its best self.” In other words, a leader navigates towards that intention – those intended effects – for their most effective realization. If you miss the mark, reconsider whether your initial intention is still relevant. If so, course correct and continue on. What I would add is, do not be bound by specific objectives and goals that no longer serve your intention, simply because they were committed to (or worse, entered into a performance management system!).

Jon Stewart notes that finding people with an alignment of intention and interests creates a “certain energy” when you create an environment that is “stimulating enough for them and collaborative enough for them that they were able to express themselves to their best ability.” With individual autonomy and agency, in an environment of collective responsibility and mutual accountability, people who are encouraged to bring their best most often do. And the results are amazing, to which the remarkable success of The Daily Show with Jon Stewart attests.

Watch the video for yourself. You’ll hear Jon Stewart epitomize the contemporary leader: someone who enables a conducive environment in which people come together, create shared experiences, and from those experiences an alternate future becomes possible. That, he certainly did.