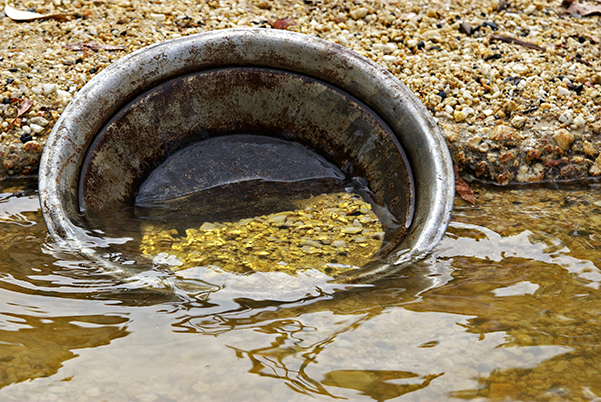 During the Klondike gold rush, prospectors would sit in rivers, pan in hand, to sift through streams of rocks and pebbles to find bits of gold. Individually, the tiny nuggets weren’t of much value. Taken together in large enough volume, however, panning for gold became a lucrative enterprise. “Voice of the Customer” data is not unlike that stream of rubble. Although it is relatively inexpensive to obtain, it can be voluminous, sometimes general and non-specific; sometimes overly focused on minutiae. It gives voice to both the very delighted and very dissatisfied, typically representing a small minority of customers. Because VoC is almost always non-representative, it offers contradictory points of view, with respondents emboldened by hiding behind the veil of anonymity. In other cases of this class of data – think: employee satisfaction surveys and the like – response sentiments are often checked by the translucency of pseudo-anonymity.

In today’s world, traditional VoC has been accelerated and amplified in the form of social media data—continual streams of Twitter feeds, Facebook timelines, Yelp, TripAdvisor, Google+, and a seemingly endless list of others. Primarily, both VoC and social media data are useful for responding to operational or product issues with immediate correction and acknowledgement. For a variety of reasons, they are less useful for understanding systemic issues. Sometimes, operational managers will “eyeball” or “cherry-pick” from among the data to support long-held beliefs. Increasingly, some researchers employ text analytics in an attempt to make sense of the data torrent, although it should be noted that frequency of mention of an idea is not the same as representing its conceptual significance. Nonetheless, a key question for market researchers remains: Can we turn VoC and social media data into actionable business strategy?

Turns out the answer is “yes,” and I’ve written a case study [PDF] about just such an alchemic change that has just been published in Vue, the magazine of the Market Research and Intelligence Association.

You probably want to read the article: As a result of the approach I used and the consequent analysis, the company was able to rethink its strategy and approach to the offering and, in doing so, discovered new and innovative brand positioning opportunities. The analysis insights acted as a catalyst to ignite long-desired initiatives that could not previously be justified. Moreover, they stimulated the company to transform itself from an operations-orientation into a true, guest-experience POV. Perhaps most important of all, the analytic findings were so inspiring that the project results re-energized a tired and somewhat demoralized marketing and brand team.

Panning for gold was a meticulous task that often resulted in only a few valuable nuggets from a stream of otherwise useless pebbles. Beginning with a stream of operationally oriented, voice-of-the-customer data or anonymously generated and possibly not-representative social media data, the process of code-based theory building enables qualitative market researchers to refine these few nuggets into valuable, insight gold. In the case of specific offering that I analyzed for this high-end business in the hospitality industry, this process quickly enabled a freshly motivated marketing team to gain new, actionable, strategic insights that were not otherwise available.

Previous post Are You Leading Your Brand, and Branding Your Leadership? Next post Authentic Acknowledgement and the Roots of Engagement