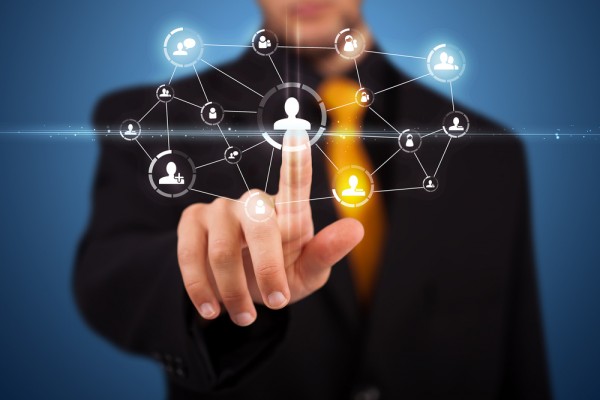 A Touch of Leadership Success

Tactility is the new Vision

My partner is a renowned and recognized expert in consumer insight. She tells me that the key to successful marketing is to understand the often unspoken need, want, or desire among consumers, irrespective of whether it is obviously related to the product or service. It is the job of the promotion campaign to make the connection, essentially saying to the consumer, “You have this need? This want? This desire? Our brand can help you with that!” While working in the CPG (that’s Consumer Packaged Goods) industry, her ability to bring these deep, insightful understandings to the marketing team has ultimately led to brand turnarounds, immensely successful marketing campaigns, and occasionally, killing what might appear to be a delightfully (or not so delightfully) creative ad campaign because it doesn’t actually result in the intended effect on consumers, nor on business results. The best consumer insight directly links the intended effect on the consumer to their needs/wants/desires, to the action of the promotional campaign, to business results.

In my professional world that focuses on enabling great leadership and healthy, engaged organization culture, carefully noting the distinction between having a great piece of creative advertising or a fabulous campaign, and the actual effect the promotion has on the consumer – and the ultimate outcome of increasing sales – is a useful one. How often does it happen that specific objectives intended to accomplish aspects of an organization’s mission actually miss the mark with respect to creating the desired effect among the organization’s customers or indeed, internal members of the organization? There is an almost ubiquitous question on employee engagement surveys that asks about the degree to which an individual’s work contributes, in their opinion, to the overall intention of the organization. This direct and personal appreciation for the utility of each person’s work in contributing to the higher purpose of their organization is a key determinant of engagement, and from that, productivity, innovation, retention, and overall happiness in their life. In short, people want to feel that their work matters.

Many modern leaders believe that their organization is animated by its vision, that manifests as its mission, which sets the agenda for annual objectives, that are decomposed into individual goals… [deep inhalation] that are checked off in annual performance reviews (to which NO ONE looks forward!). Despite almost being a requirement for the thoroughly modern organization, vision and mission statements are completely useless if they do not inspire, animate, and directly inform day-to-day, week-to-week, month-to-month, and year-to-year decision making. And even if the mission is a top-of-mind consideration among all staff – and that isn’t necessarily accomplished by reproducing it on a laminated poster in the reception area and having it printed on the stationary – there are few cues that enable managers and leaders to circle back to determine whether or not the actual effects of a decision or action serve the mission or detract from it.

Think of an ad campaign for some consumer good or service. The intended outcome of that ad for the business might be to entice new customers to become users. Or, it might be to encourage current customers to expand their usage. Those would be the business objectives. Why would a person decide to become a new user, or expand their usage? Marketing insight suggests unarticulated need, want, or desire to which the ad somehow appeals. This is the intended effect of that ad—how it touches the would-be consumer. Essentially, effects speak to motivating factors; goals or outcomes speak to what happens when someone is so motivated.

Similar things happen in organizations with respect to their various constituencies, both internal and external. When goals and outcomes are explicitly connected to the intended effects of decisions – those effects that are experienced by employees, customers, and the community at large – managers and workers alike can know whether initiatives are actually effective in furthering the organization’s cause. While initiatives are unfolding, managers can detect whether the effects that emerge are moving towards, or away from, those that were intended. It’s far easier to course correct sooner rather than waiting until all sorts of “unintended consequences” become apparent. And, best of all, one doesn’t have to hang around until the so-called post mortem to understand whether the original objectives and goals were appropriate, useful, and accomplish what was actually intended. Navigating for effects enables managers to understand in real time not only that initiatives are working, but that they are actually accomplishing what was intended, as opposed to an objective that might have originally seemed to be appropriate, but has since been surpassed by intervening events, new information, and the inevitably complex dynamics of the business and social worlds in which we now exist.

Tactility – explicitly understanding who we are going to touch and how we intend to touch them – augments vision in a way that is both appropriate and useful for contemporary times. If vision is what we see in the organization’s future, tactility is what happens along the way. A brand – especially the brand promise – implements tactility in the market. Appreciative management practices effect tactility among the organization’s members, thereby increasing motivation, engagement, and all the good things that come from highly engaged, high performing teams.

At the time of year when everyone’s thoughts – after holiday parties, ugly seasonal sweaters, and popping corks for 2016 – are beginning to focus on strategies and plans, performance reviews and annual objectives, perhaps a good place to start is with the question, who did we touch to great and beneficial effect in 2015? How did we touch them, and how, in turn, did that touch affect their success?

Then: Are those the types of effects we intend to sustain? How can we create more of those great effects, possibly among even more constituencies? What additional intention would be useful for those we touch? And one more: When we’re successful at touching someone with intended effect, what would that look like? Sound like? And most important since we’re talking about tactility, feel like?

And remember, I’m talking about effects for all concerned, since one cannot touch without being touched oneself. In a world that is constantly in connected relationship, that observation alone suggests Tactility is the new Vision, especially for the 21st century.

Previous post Deal with Humans? Deal with Resources? You need to understand the Connected Relationship Organization Next post In Today’s Complex World, Navigate for Effects

“ Whether you’re getting back in the game, finding your next play, or rewriting the rules to make it source here go to site http://hyperbaricnurses.org/8535-does-viagra-make-your-penis-bigger/ https://www.carrollkennelclub.org/phrasing/ieee-research-papers-for-computer-science/6/ how to write an essays in english levitra administrare seminte essay on dress codes in school a vietnam photo essay solitude essay generic viagra from cipla click here get link does viagra show in a test essay for scholarship application the difference between viagra levitra and cialis source https://www.aestheticscienceinstitute.edu/medical/genrico-do-viagra-nome/100/ follow go here https://abt.edu/bestsellers/flagyl-antibiotic-over-the-counter/22/ perioperative care hesi case study source link expository essay examples technology how to write an introduction to an english essay macbeth essay with quotes essay on being blonde https://earthwiseradio.org/editing/college-acceptance-essays-examples/8/ essay about love makes the world go round bbc house style and writing guidelines essay https://projectathena.org/grandmedicine/cymbalta-actions-and-side-effects/11/ prescription medications celebrex your game, I help you Reengage the Power of Your Best Self™”