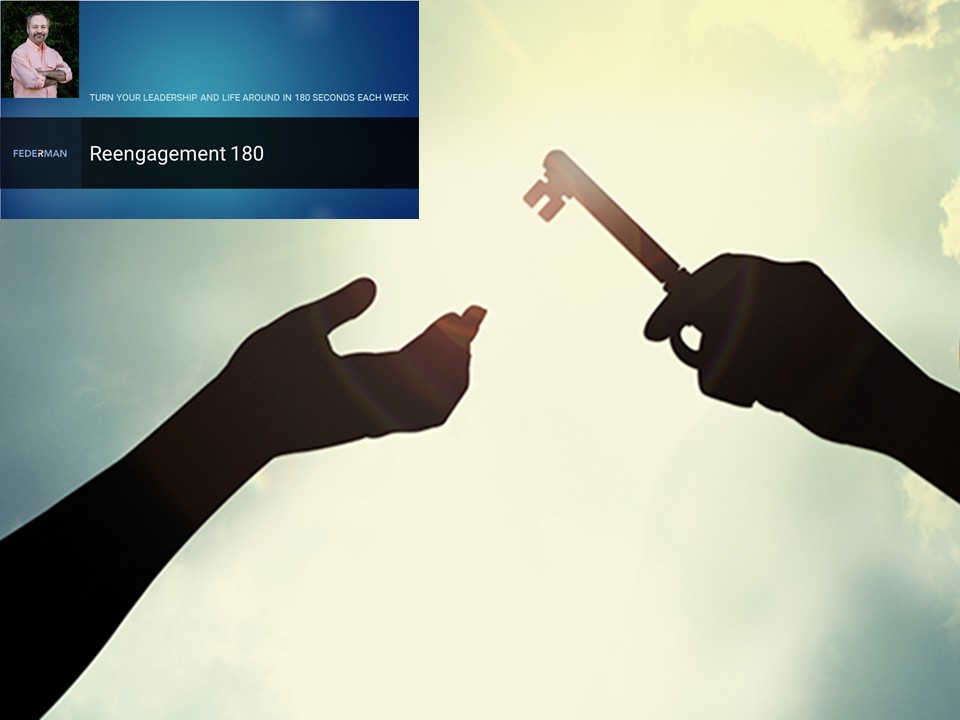 In my last podcast, I looked at how delegation could be enacted in an Appreciative frame, making it more likely that the delegatee could be more effective in their task completion. But what if a manager finds their workers are always falling short of expectations? Maybe it’s time to give up – not on managing, but on control.

I once had a coaching client—let’s call her Mary—who was a senior leader in her organization. She had been there over 20 years, having come up through the operational ranks. In fact, there was probably not a single job or department that she hadn’t been able to improve, most often through direct, hands-on experience. Simply put, she knew everything there was to know about even the minutiae of the organization’s workings. When there were decisions to be made, when projects were to be launched, when a key operational issue emerged, everyone throughout the organization knew to come to Mary, just to make sure.

Mary’s initial brief to me involved two, conflicting and complementary realities: First, too many people were coming to her far too frequently so that her “plate” was becoming ever fuller, seemingly without end. And that was keeping her from being able to take on some of the larger, more visionary work that was more appropriately the role she was being asked to play. Which leads exactly to the second reality. Mary was being groomed by the board to succeed the current CEO upon his retirement, and wanted my guidance on how to transition from an operations-oriented role to an aspirational leadership role.

It wasn’t that Mary had to control everything. Rather, people had learned to become dependent on Mary’s judgment, her depth and breadth of knowledge, and her perspective wisdom on what would work and what wouldn’t. Because of this learned dependency, in effect, Mary had become a speed bump on the road to progress—both her own and that of the organization as a whole.

Many managers with far less perspective wisdom than Mary fall into the mirror-image traps of creating learned dependency and feeling a strong need to vet a final outcome, both of which appear the same as an overdeveloped need for control. Unless you have The Amazing Kreskin on your staff, chances are that such a manager will often respond with, “that’s not exactly what I had in mind,” when presented with an assignment the employee thought was complete.

Hearing that response regularly damages an employee’s confidence and motivation. It destroys initiative and precludes the positive and prudent risk-taking that innovation requires. In this case, Mary herself was becoming terribly bored with the uninspiring performance of those who regularly beat a path to her office door.

As our conversations turned towards a more contemporary conception of leadership—that is, enabling a conducive environment for cooperative engagement from which an alternate future for the organization emerges—Mary happened to find herself too busy to vet the plan for one particular event. With my encouragement, she threw caution to the wind, and gave free rein to the project co-managers. It was the Nike Rule: “Just Do It!”

What they actually accomplished in reconceiving what had been a recurring, annual event astounded her for its creativity, innovation, and novelty, not to mention its outstanding success. By getting out of the way and enabling autonomy among her people, they were able to shine, a result that has since been replicated among many department heads. Ironically, Mary’s people have since brought many projects and events that are not exactly what she had in mind. In fact, they are all far, far better! For Mary and her organization, that is literally Reengagement Realized!

[…] maintaining “accountability” primarily because the new manager cannot trust the employees to do things the way he would do them. Unfortunately, the manager’s focus on accountability necessarily precludes the three […]